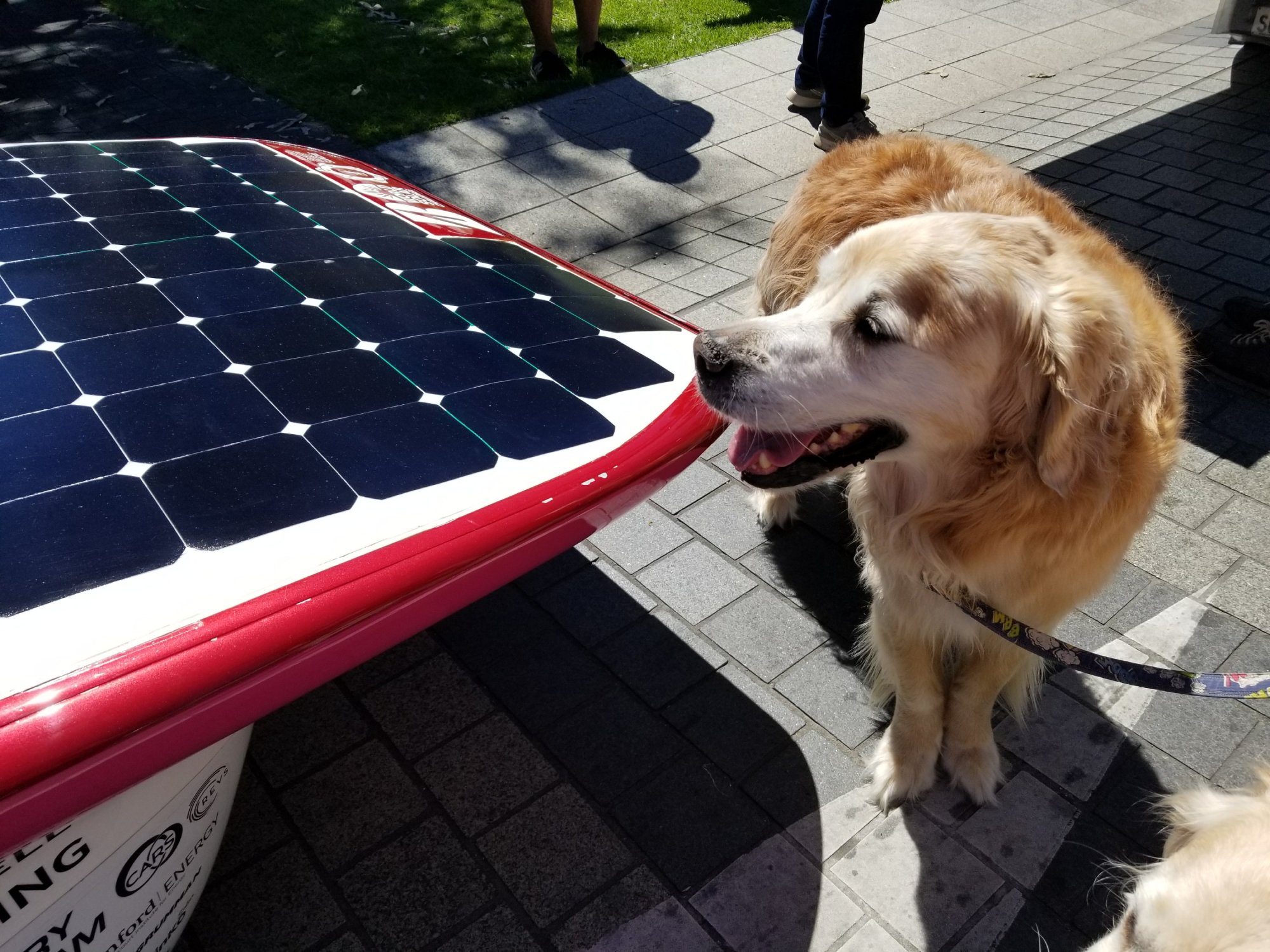 When Hayden woke up in the morning, about 10 millipedes had crawled their way out of our things and were all over the floor in the apartment. Horrifying. He hurriedly killed them all before I woke up. Anyway.

Since Stanford had arrived so late in Adelaide, we really just had one day left to trade shirts with other teams. Last cycle, I’d traded 5 shirts. This time, I had 8 shirts to trade and hella shirt anxiety about getting them all traded. Hayden was really irritated by my shirt anxiety, but the shirt anxiety remained nonetheless.

Hayden and I arrived at Victoria Square around 10 am and The Great Shirt Trade began. The gist of the shirt trade was that Hayden stood around smiling all day and people kept coming up to him asking to trade. Before I knew it, Hayden was out of all 7 of his shirts. It sure helps to be a medium-sized man at these events. *grumbles*

In reality, I didn’t have such a hard time. It was really just the shirt anxiety that plagued me.

Sundae and the other solar cars went and sat in the pre-parade area for the public to view. I got one guy to put his golden retrievers next to the car for a photo. 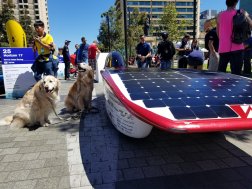 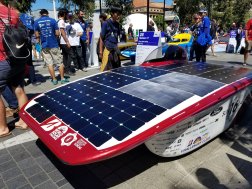 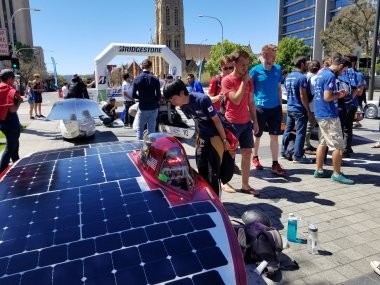 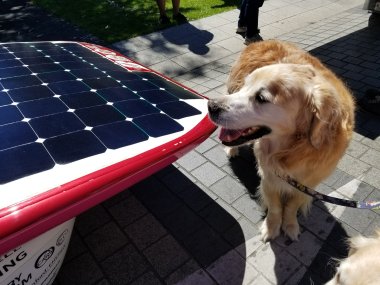 By the time the parade started, I traded all but 2 of my shirts, with those last 2 being promised to people following the awards ceremony that evening. Sarah enthusiastically squashed herself into Sundae for the parade. “I waved at someone, I dodged a pothole, it was great,” Sarah described about her first drive. 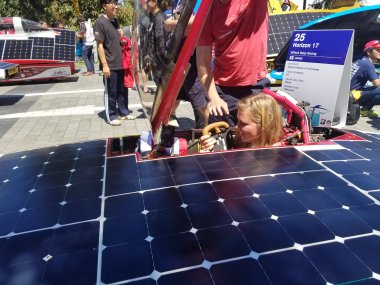 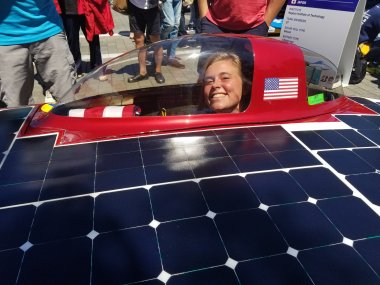 People kept asking why the cars were going so fast if it was supposed to be a parade. The simple answer is that the parade is really just a ploy by WSC to get all the teams out of Victoria Square and to the pack-down area as quickly as possible. Sarah still had a great time.

Even though Stanford didn’t win any awards, I really enjoyed the awards ceremony. It’s more of a closing ceremony, anyway, and it felt kind of like a graduation from solar car. They played a cool video covering the entire event, and showed some aerial footage of Sundae on the first day of the race. I realized that that had been what that stupid helicopter had been doing, and had a good laugh. After the ceremony, I traded my last two shirts and said goodbye to shirt anxiety.

Curious about the shirts? Shirts = oatmeal?? Here are the final trades:

Here are Hayden’s final trades, even though he probably would rather I just stop talking about shirt trading:

It should be noted that the Asian teams were particularly enthusiastic about trading with us, and we think it has something to do with the Asian tourist effect that exists at Stanford University. For some reason, they know the Stanford name and get excited about it. When I traded for my white Tokai shirt, like four cameras were pulled out to take pictures of me and the Tokai guy with our shirts swapped. Kookmin was tracking all of us down to get our shirts. Stanford!! So prestige.

I stayed awake that night thinking about shirts.

One thought on “Awards and Shirts”