On the two flights to get to Australia, Qantas’ safety video began by low-key advertising various tourist destinations in Australia, showing of “the spirit of Australia.”

It was oddly calming.

One of the destinations was Uluru in the field of light art exhibit. The video showed a couple walking through a field of lights with Uluru in the background. For the first time ever, I really wanted to go to Uluru. But to see the field of lights, not the geological wonder. Max later commented that it’s just lights that people PUT there, but nevertheless I remained entranced with the safety video’s panoramic shot.

I think my head is in a weird place and that’s why I’m so fixated on the field of lights. There are constantly so many chaotic thoughts in my head — trying to keep track of all the to-dos, trying to keep the convoy safe, trying to keep the car in one piece — and the lights are simple, beautiful, peaceful. And I guess the big rock is pretty dang big.

These blog posts might sometimes come off like things are funny and happy most of the time, but that’s just because I write them that way, I focus on the little moments. But that’s just here. Sometimes I’m too anxious to eat and I seek solace in all sorts of weird ways. The best thing for me has been the excess of data that this sim card has afforded me, and with it the ability to talk to my close friends and family whenever there’s service.

I know why I’m here. My state of mind is not for lack of purpose. It just isn’t easy.

Lately I just feel like sitting on a rock and looking at the stars — or a field of lights, whatever.

One day at a time.

We made it out of Glendambo by random happenstance. I drove the first shift and we made it all the way to Coober Pedy. Right before making a turn into the “city,” the car pooped out due to a little electrical bug.

The car had decided that we would be staying in Coober Pedy.

Luckily, the electrical team made a quick fix and we were back on the road. We’ve been driving every day since, slowly working through the kinks.

The only thing I really want to say about test driving is that the car’s aero and handling have made it a pretty manageable car at even the highest of speeds, and I’m proud of that. That’s what Hayden and I set out to do at the beginning of this cycle, and we can see our hard work paying off on the road. So much went into the car to get it here.

We also saw the Western Sydney, Bochum, and Goko solar car teams in the area, and that was pretty cool. No one has really gotten the chance to talk to any of the other teams, though, since everyone is in the midst of testing. I’m looking forward to Adelaide after the race when all the teams are pretty free to hang out.

In the late afternoons, the team has been working on the last straggling to-dos.

what if we just wheel covered the convoy vehicle keys in the wheels? 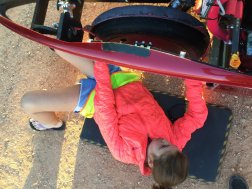 And as always, there are always the little moments. 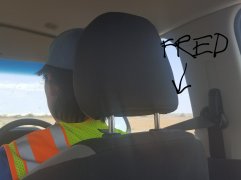 Mike has a fly named Fred as a pet

Hayden in the Hertz truck 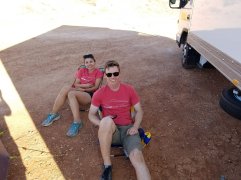 using the cool chairs Hayden’s parents got us

Kate thinks she is in the solar car

Hayden and I are currently at the local gas station diner called the “Outback Bar and Grill,” where there is food and free wifi. When I told Melanie that I was in the outback, she said “outback steakhouse?” jokingly, but in reality I am basically at the Outback Steakhouse. They do, in fact, have steak and other meats. I got the spaghetti. 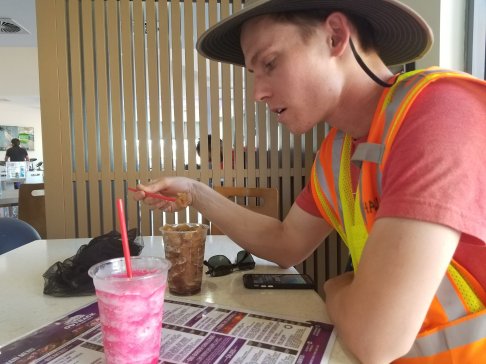 we got gas station slurpees 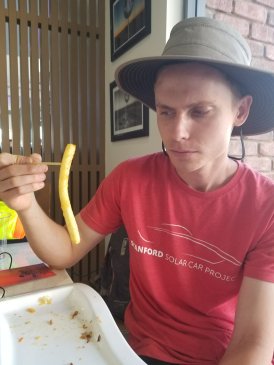 “are there really potatoes this big” -Hayden 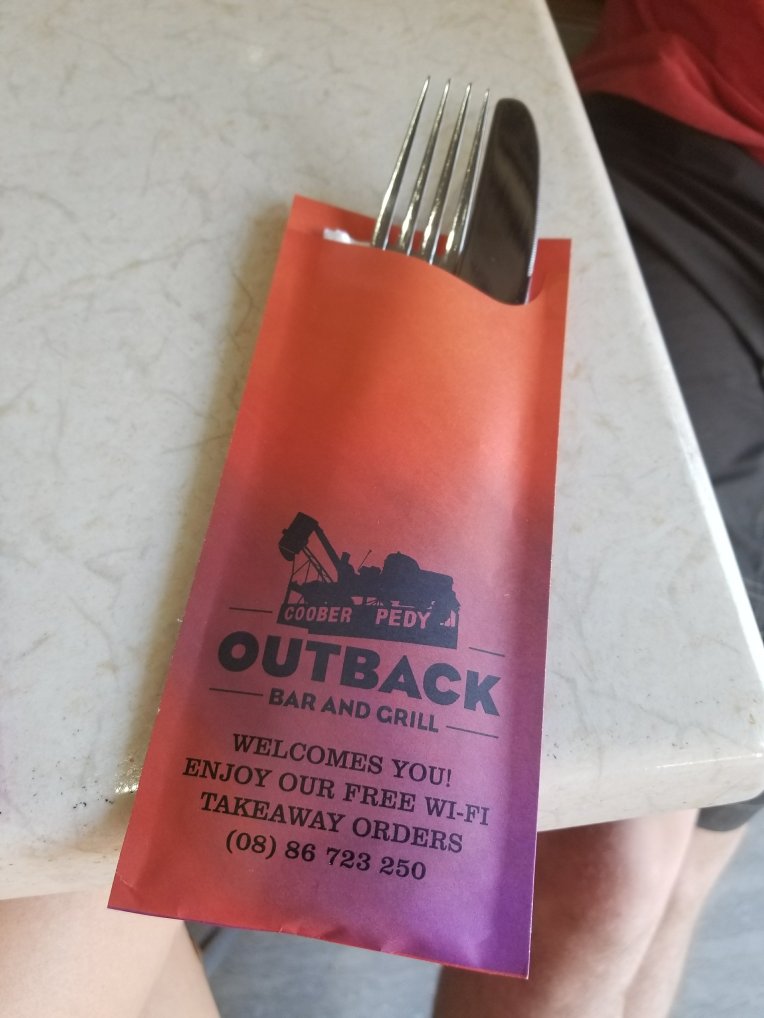 Anyway, despite my wistful thoughts about the field of lights, the team doesn’t have time to go there because of our testing schedule. Darren said last cycle that our team is cursed to never go to Uluru (there’s been a new reason every cycle), and once again the prophecy has been fulfilled. But while I’m still so close, I’ll keep on thinking of them.

Tomorrow, the endless month of February will be a day shorter.