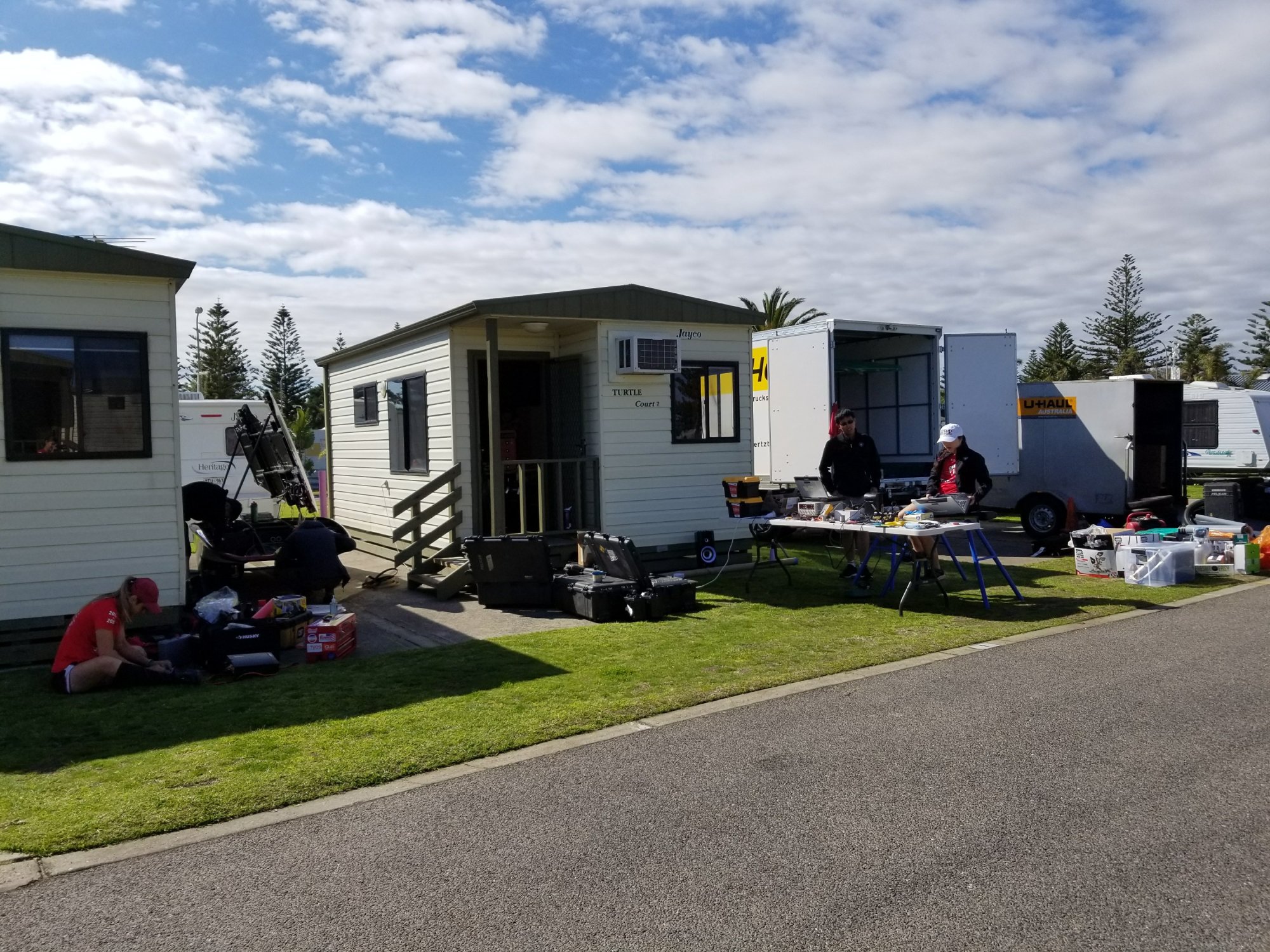 Quick recap on our first couple days of work!

The team spent the rest of Monday following the car crates to a storage facility where we left the crates and unloaded our gear and the solar car into convoy vehicles. After that, we were all pretty tired and went to bed following team dinner.

The next day, we had a full day’s work ahead of us. Hayden and I volunteered our personal cabin so that the team could stay at the campervan park and work there. The solar car went in a little alcove between our cabin and the next one, the battery team worked inside our cabin, and a couple convoy vehicles and other work absorbed the campervan spot next to us. It was a pretty cute little setup, though it was only for the day because the weather forecast showed rain ahead.

Confused passersby walked by asking about what we were doing, and at least three people thought we were having a yard sale. 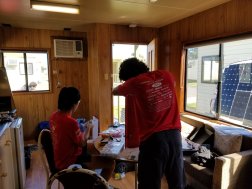 The goal for the day was to get the battery packs rebuilt and the brake system bled, since both of those things had been disassembled/drained of fluid for shipping. 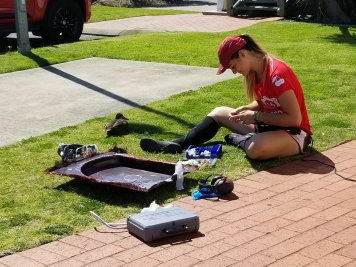 Cori made a duck friend 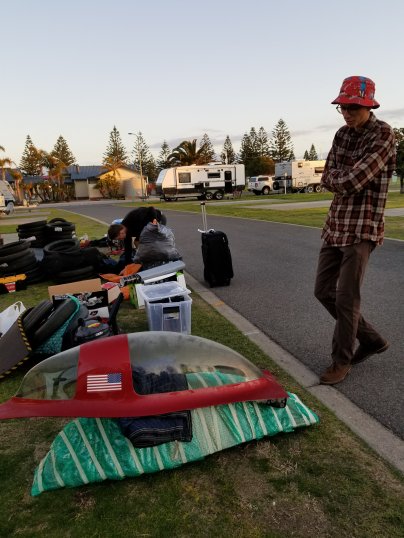 By end of day, all the systems were working together and I took the car for a spin around the campervan park. This Big4 actually rents out go-karts for the purpose of driving them around in loops around the site, so we used those loops to our advantage to make sure our home-built solar go-kart was still operating normally. There’s a speed limit of 10kph everywhere inside the Big4, though, so we only went that fast.

Driving the super exciting fantastic and futuristic solar car around the campervan park probably made people less annoyed with us for all the loud dremeling, chop-sawing, and general absorbing of public space from our day of work. People gathered outside to see the solar car do stuff. “Wow, so future!”

Having hit a solid stopping point, we packed up all our things in preparation for moving to a new work area that would be protected from the impending rain.

The “In Case Anyone Cares” Column

Tazi looks like he’s in time out in this photo. Also, my mom framed a photo of Just Hayden and put it in my room. I thought it was funny so I took it out to the kitchen. I moved it to the fireplace mantle shortly before I left for Australia. Hayden is unamused.