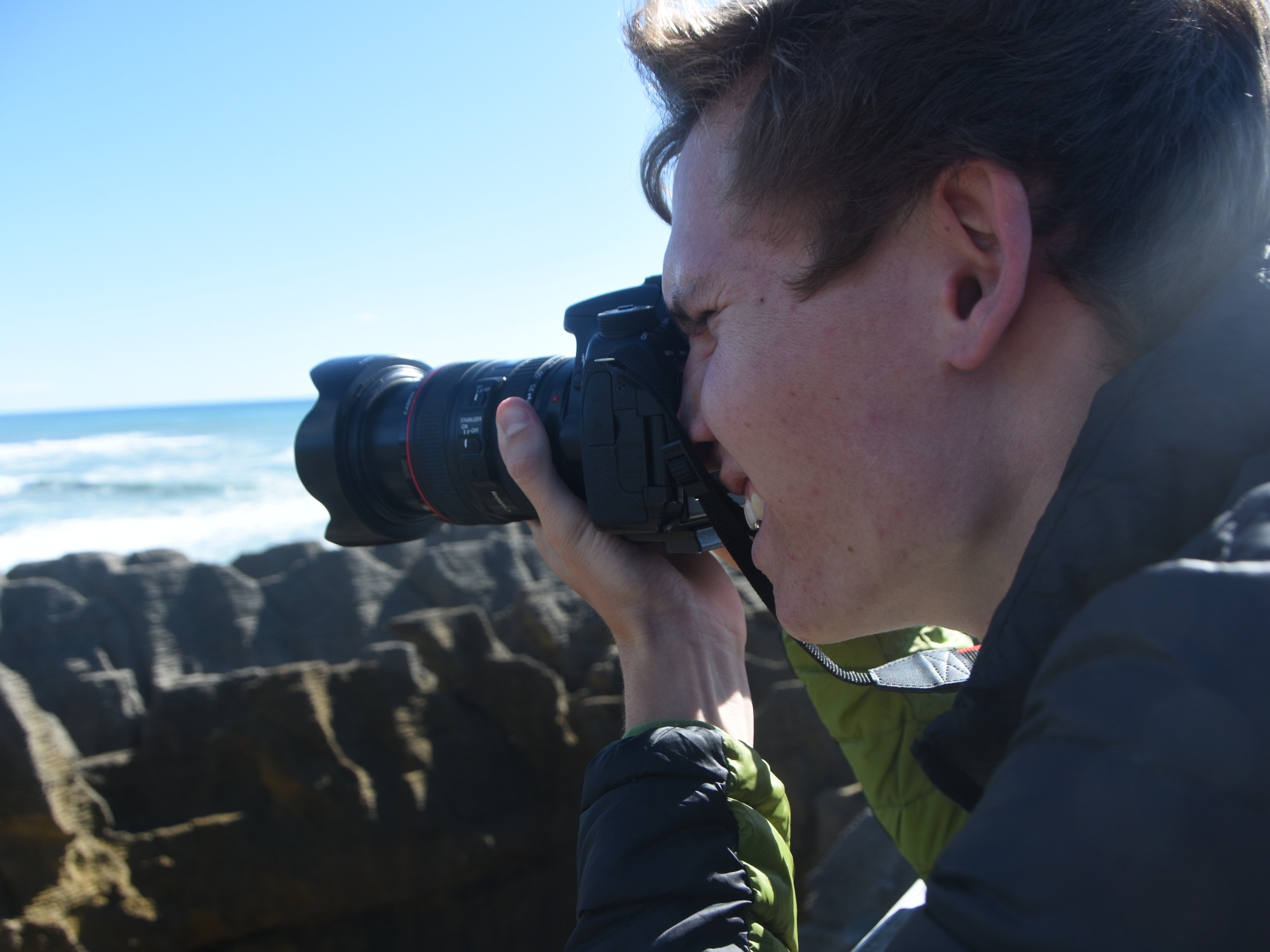 In the morning, we showered and said farewell to our cozy room in Dorset House Backpackers. It had been a great place to arrive at 2am. We drove through Christchurch searching for an outdoors store, and eventually parked and set off on foot. Christchurch is currently a mess of construction. The city is spread out so that there really isn’t a city center, or at least we couldn’t find one. It was hard to navigate due to all the construction, and nothing was in a convenient location. We were very interested in locating a supermarket to get water, not wanting to ever run out of water again. On our way to the outdoors store, we passed a building labeled SUPERMARKET: OPEN 7 DAYS, with windows boarded up, clearly closed for business. However, once we had located the outdoors store, we realized that we had stumbled into a secret alcove of 4 stores. The buildings were styled with brightly colored corrugated metal and floor to ceiling glass windows. It was the cutest part of Christchurch, condensed into 4 stores. “We have found the city center!” I announced. It actually looked like all the construction was attempting to create some sort of mall area around the secret alcove, probably something that would be more of a city center.

At Kathmandu, the outdoors store, we purchased a new fuel unit for Hayden’s stove and also got a free student edition Kathmandu membership. We wandered outside and saw a little boutique foods grocer next door. It was so cute! Johnson’s Grocers sold teas, candies, jams, and other things that you don’t need. I got a box of chocolate for my Japanese relatives and Hayden and I got a jar of jelly. Around that time, we were getting pretty hungry… and oh, look! There was the Hummingbird Cafe right next door. The food at Hummingbird was amazing (pancakes, eggs, and bacon… yum) and the building aesthetic and view of the rainy outdoors through the big windows was peaceful. Only just barely could we hear the sound of a very loud jackhammer in the background. 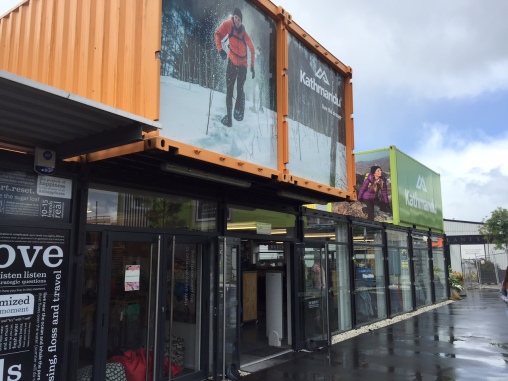 Kathmandu on your left 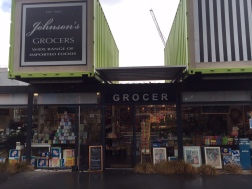 selections of teas, candies, and jams

Hummingbird Cafe to your right 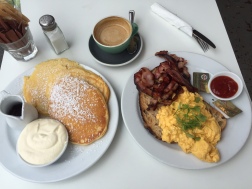 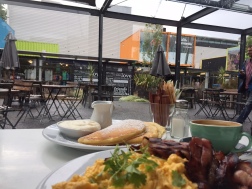 We departed Christchurch and embarked on Arthur’s Pass, which would take us to Punakaiki for the night. Arthur’s Pass was not on my bucket list of roads to drive, but it had so much beautiful scenery surrounding it that maybe it should have been! Once we had gotten out of Christchurch, finally we were seeing some of the landscapes that New Zealand is known for. We even got stopped by some traffic as a huge herd of sheep was haphazardly herded through the road by a big truck. The sheep were the highlight of the drive. We just sat there in our car as a bunch of sheep surrounded us. 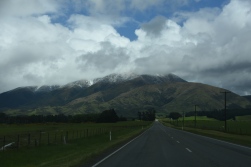 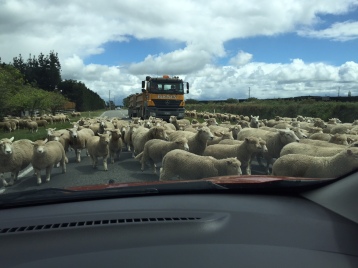 While stopped to pick up water at a store on Arthur’s Pass, it started hailing! Hailing! We came outside and little chunks of ice were falling from the sky. That was my first time seeing hail. It was so exciting.

From Arthur’s Pass, we turned onto the Great Coast Road, which took us north to Punakaiki. The Great Coast Road is part of a long road down the entire west coast of New Zealand, which was on my bucket list. The Great Coast Road was like California’s Highway 1 on steroids. The ocean and beaches were completely and beautifully visible from the road, and the road was emptier and smoother. Tomorrow, we would be driving south down the same road, all the way to Haast. Today was a taste of what was to come, and it was great.

We got to the Pancake Rocks around late afternoon and walked the 20 minute viewing loop. I had previously visualized the rocks as a bunch of huge, round slabs piled on top of each other. The Pancake Rocks were actually more like real pancakes rather than cartoon pancakes, with thin, imperfect layer after thin, imperfect layer. My dad, a pancake connoisseur and follower of the perfect-circle-pancake belief system, certainly would have disapproved of nature’s ability to form pancakes. In any case, it was interesting to see the rocks and read about how scientists still aren’t precisely sure why they look like pancakes. 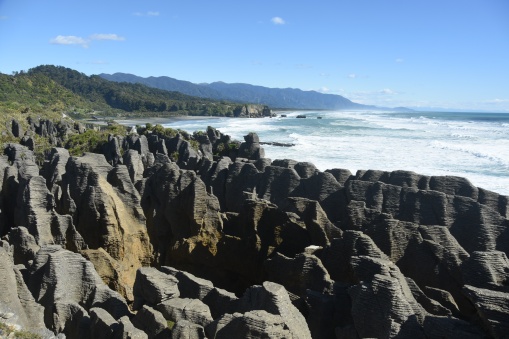 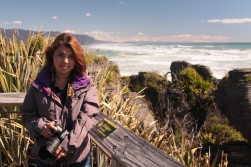 Hayden and I ate an early dinner at the Pancake Rocks Cafe — unfortunately, we had already had pancakes earlier that day so decided not to order pancakes. I had a smoothie and a pasta salad and it was perfect. We briefly explored the Punakaiki Cavern, but it was mostly just damp and dark. After that, we went ahead and checked into Punakaiki Beach Camp, where we would be car camping for the night. We ate TimTams while reading in our tent. I was exhausted at the end of the day and fell asleep super early.

One thought on “Arthur’s Pass”