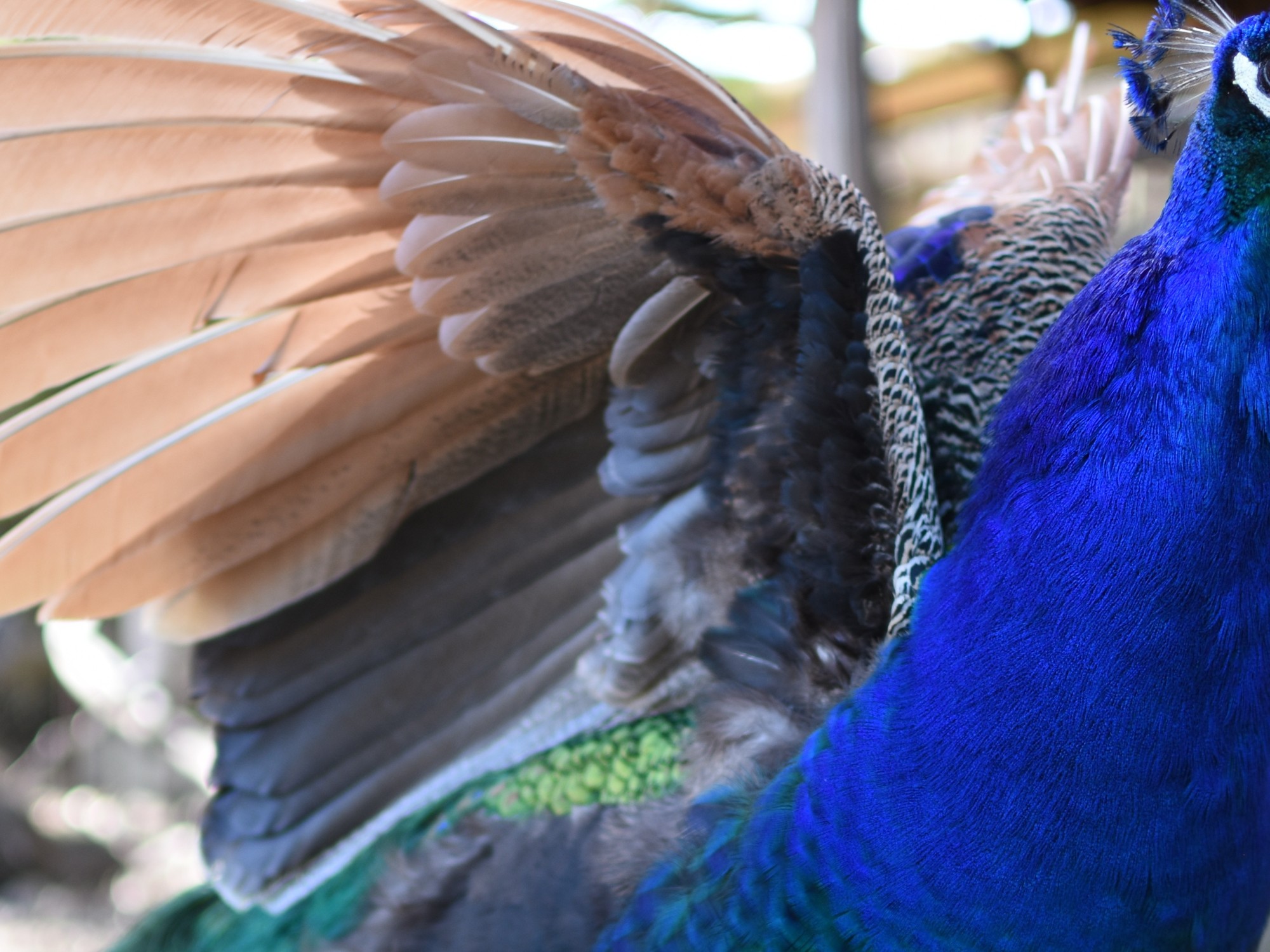 It was yet another early morning — I was starting to get a little tired. We drove the ASX for the last time as we took it to the rental car drop-off at Melbourne Airport, and by this time Hayden and I had grown rather fond of it. It was a pretty good little car.

We got into Melbourne Airport a little later than we’d planned (we got lost trying to find the rental car drop-off location), but they sped us through the bag drop and security didn’t take too long. One 1.25 hour-long flight across a small bit of ocean later, we were in Hobart! The name “Tasmania” made me think I’d be tromping off the plane and into a bunch of jungle and snakes and wild animals generally running about. Instead, everything was rather civilized but just less crowded than the mainland. The climate and plant life were all pretty similar to the areas we’d seen before. While waiting for our baggage at the airport, we saw an ad for the Bonorong Wildlife Sanctuary on the wall. It read something like Experience intimacy with wildlife like you never have before… and showed a picture of someone holding a Tasmanian devil. We immediately decided we were going to go! We picked up our rental car, a Nissan Micra. We had a choice between a red Micra and a silver Micra. The customer service man told us that red is faster — the choice was clear. Our new rental car wasn’t the same caliber of vehicle that the ASX was, but it was a manual, like we’d wanted.

Luckily, our hotel in Hobart, Fountainside Hotel, let us check in early, so we dumped our stuff in the room and then wandered out to get lunch. Hobart is really very small, and the city center is just the span of a few blocks. Hayden decided he liked Hobart a lot, much better than he liked (or didn’t like) Melbourne. We got lunch at a cafe in a mall area and then I impulse-bought a 35mm prime lens from a local camera store because I was paranoid that my decrepit zoom lens would fall apart and then I wouldn’t be able to take photos anymore. We also stopped at an outdoors store (there were literally, and I mean literally, five of them within two blocks of one another) to stock up on fuel for Hayden’s camping stove, since we were going backpacking and camping starting just the next day!

We headed to the Bonorong Wildlife Sanctuary, which was a 30 minute drive away. Hobart has a bunch of cute little homes overlooking the water. It was such a picturesque view.

The wildlife sanctuary had kangaroos and some bigger birds wandering around along with the people. Other animals, like Tasmanian devils, echidnas, and koalas, lived in enclosures throughout the sanctuary. Many of the enclosed animals chose to hide in their burrows, so it was hard to get a close look at them, but we could touch and feed the kangaroos! Lots of the roos had joeys (SO CUTE), too. There was a very scantily fenced-off section where some kangaroos were living, supposedly to get respite from all the people. We watched in awe as one kangaroo decided to come out and just hopped through the holes in the fence. “That’s the first time I’ve ever seen an animal leave its enclosure,” Hayden said. 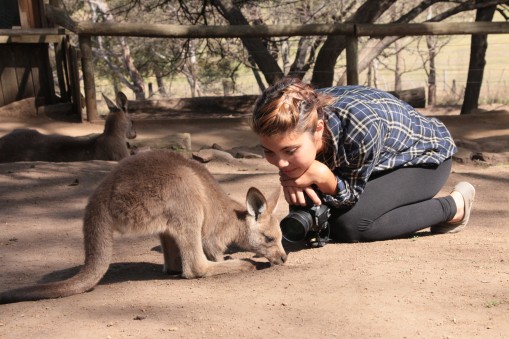 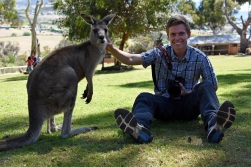 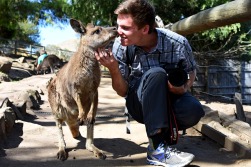 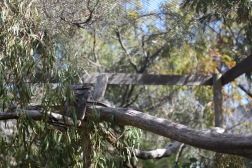 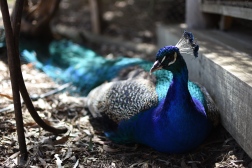 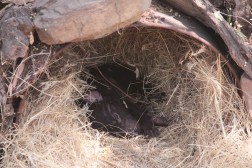 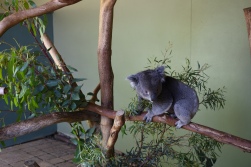 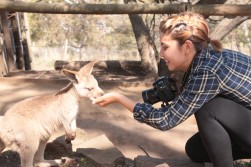 joey thinks I have food 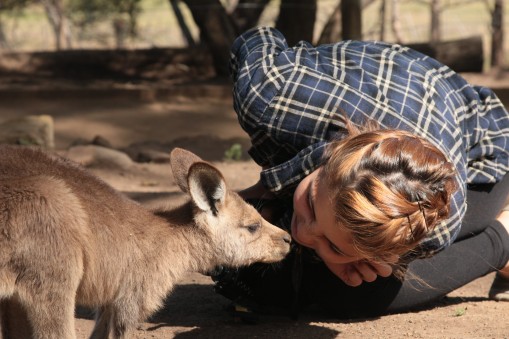 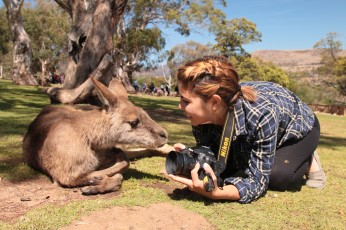 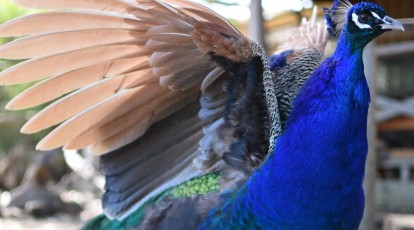 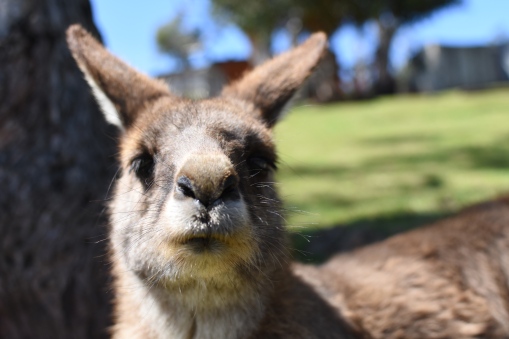 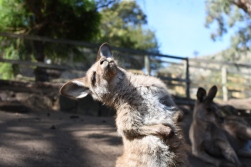 joey still thinks I have food 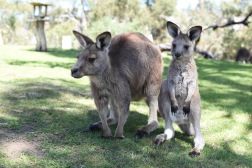 mama and her joey 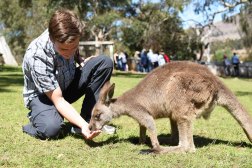 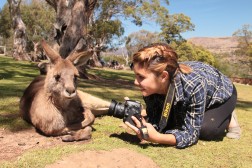 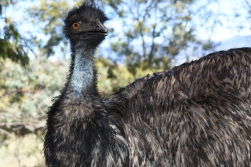 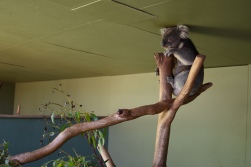 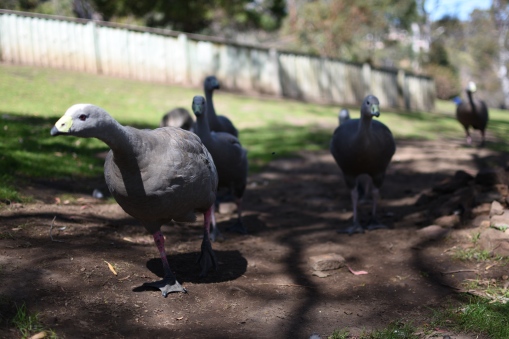 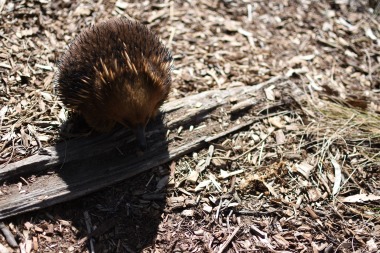 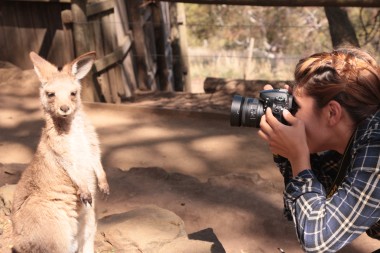 After Bonorong, I took a nap and Hayden did research on the backpacking circuit we’d be starting the next day. Then we grabbed dinner at an Asian restaurant called Sakura and picked up nonperishable food at the supermarket for our trip. My interview was scheduled for 6:30am the next morning (yikes!) so I studied late into the night as Hayden packed and let me talk through my conceptual review. We went to bed at midnight, knowing it was going to be a rough day tomorrow…

One thought on “Bonorong Wildlife Sanctuary”