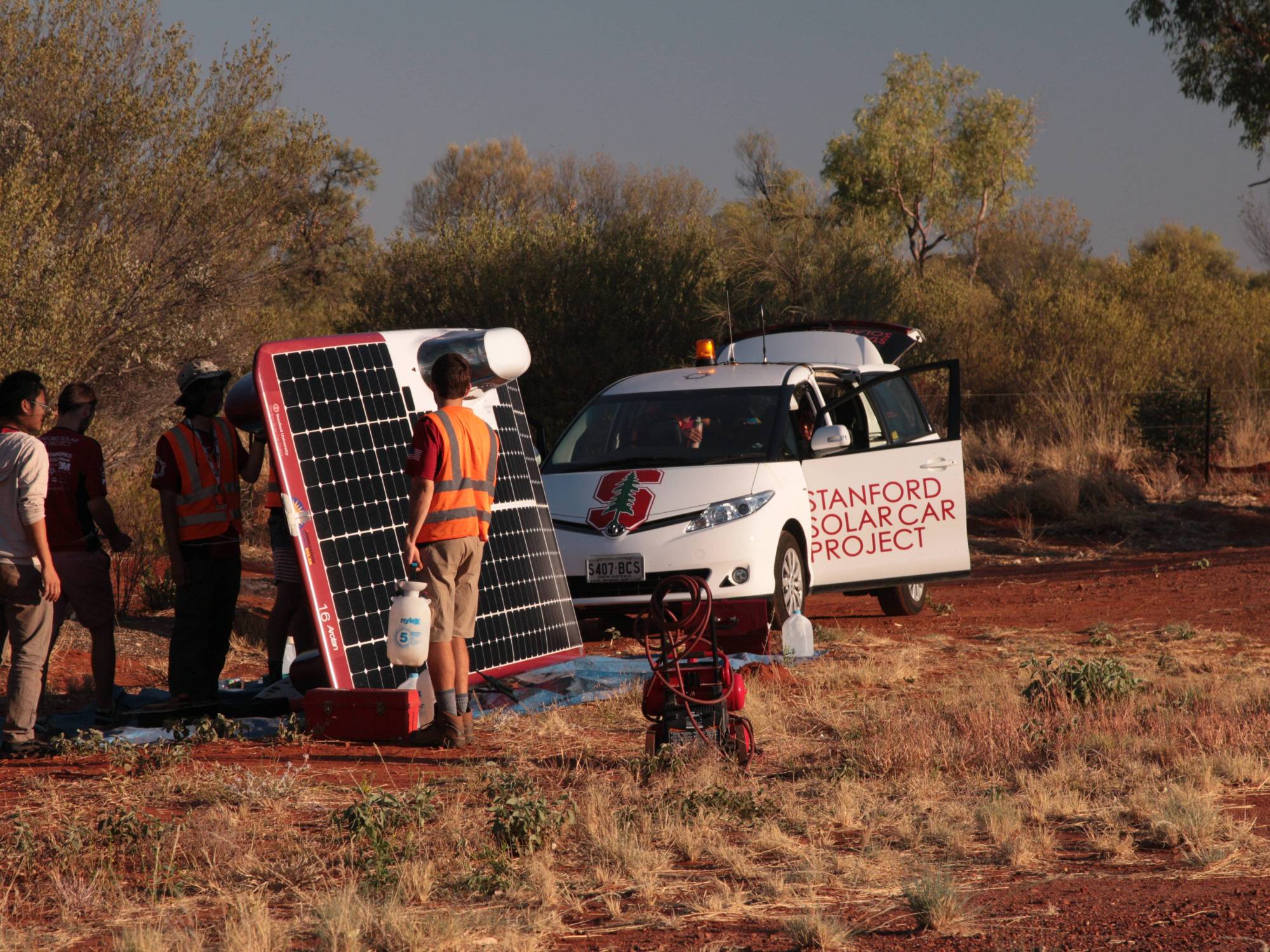 In the morning, we woke up to more array standing. At this point I decided that array standing was so yesterday and didn’t want to take pictures of it anymore. In fact, the entire day, I didn’t want to take pictures, so all the photos here are Hayden’s. We had a timely start from our Stuart Memorial camping spot and were on our way to Alice Springs.
Back in scout, we were tasked with getting more demineralized water from the grocery store in Alice Springs. I sadly passed the Gloria Jean’s (Australia’s closest Starbucks equivalent) in Alice, knowing that I could not get my usual Mudslide Mocha. Scout was back with the convoy as soon as we had purchased the DI water, and onto Kulgara. Between Alice and Kulgara, we slugged through a mess of cloud cover (make array so sad). Bad weather is unfortunately an uncontrollable part of the race, but it still sucked.

Scout briefly saw Punch in Kulgara, but they rolled out before Arctan and the rest of the convoy arrived. As we were rolling out of the control stop, we saw Megalux pulling in.

We made it south of Marla by the end of the day and set up camp. Dinner was awesome, as usual, and the weather seemed to be cooling off. Megalux was about 40 km behind us and Punch was somewhere about an hour ahead. Looks like the race order is settling in, but the next couple days will tell for sure!