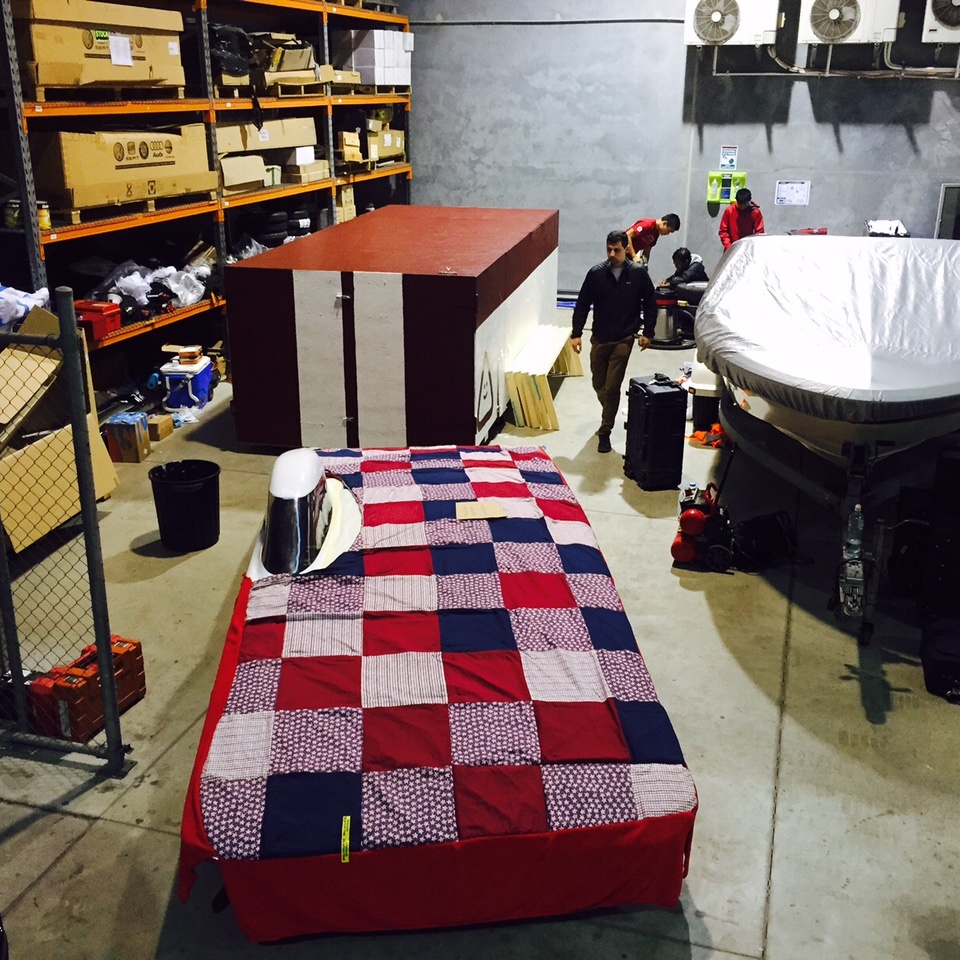 Disclaimer: This post is not about salmon that was cooked using the power of the sun. The title of this post is a play on words, because we are a solar car team and tonight we ate salmon. Look, you made me ruin the joke.

It’s been a long day. I came downstairs to Darren holding a cup of what appeared to be exploded oatmeal. He remarked that “I don’t think this is how you’re supposed to do it…” and tried to hide from me as I took a photo of his shame. Fortunately for everyone, you can view his oatmeal failure here.

We had a good day of work at Volkswagen Solitaire in Adelaide. I worked on waterproof painting the trailer for the entirety of the day, and ended up with a racing stripe-inspired theme. We’ll have the fastest trailer on the road!

Darren asked me to paint a “smiangle” — a triangular smiley face — on the side of the trailer, because I have a smiangle shirt that makes Darren very happy. I obliged, because I was very surprised that Darren would allow me to tarnish an official solar car team vehicle with a random drawing of a happy face. Some team members protested the addition of the smiangle to the side of the trailer and a minority of team members found it to be awesome (myself included). Luckily, the only person to blame for the smiangle is Darren, who abused his position of power by telling me to paint it on in the first place.

After a long day, we came home to a fancy salmon and rice dinner concocted by Kelsey, Alex, and Emily, with some chopping help from Logan. They even set the table and everything. Hayden got so excited that he ran upstairs to get his camera and running around snapping photos of the event. He looked like the family dog that was extremely excited about the family gathering, hurrying around with a huge goofy smile.

We chose our seats at the table and Hayden happened to choose the place setting with the flowery cup, while all the others had nice glass cups.

Logan wore his shop safety goggles while helping prepare the food, to protect himself from the hazards of the kitchen.

I discovered that Anna T’s shirt (see below) had a really creepy face on it and Darren expressed how weird the creepy face made him feel (not for the first time). 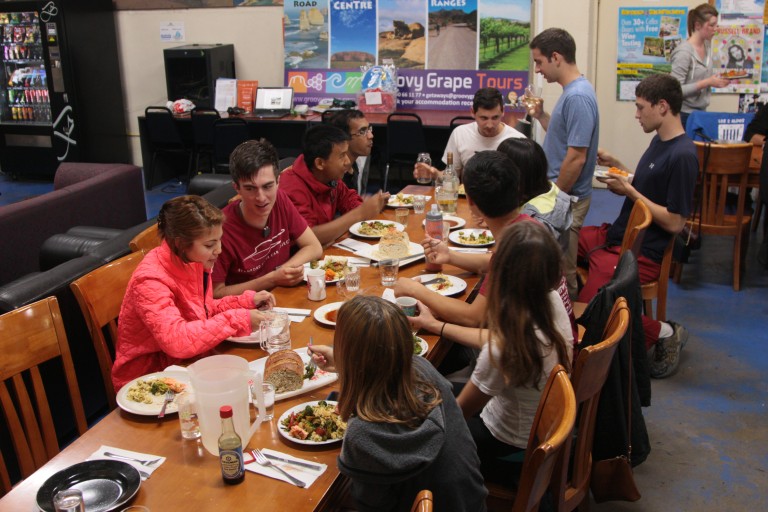 Pretty productive day, I should think!